I came across an excellent, well researched thread on Crypto twitter yesterday.

But this thread is an excellent dose of economic red pills on what’s been going these past few months:

The violence against whites.

This has been coming for some time now.

Food prices will continue to rise…..along with the stock market.

Wealth inequality….as illustrated by the chart above.

Here is a video that will let you in on what’s going on behind the scenes with the fed and the United States treasury:

How do you think these looters/rioters are going to act once they can’t afford a loaf of bread.

The Treasury literally has to spend money to maintain/increase reserves…

They can blame white people all they want…..

The reality is America’s future has been sold away by its leaders for almost a century.

Americans have continued to produce more and more, but their wages have not kept pace.

Oh…but no matter, the USD is the reserve currency, it is backed by the full faith and credit of  Uncle Sam.

But how lucky we were….the “era of free trade was upon us.” 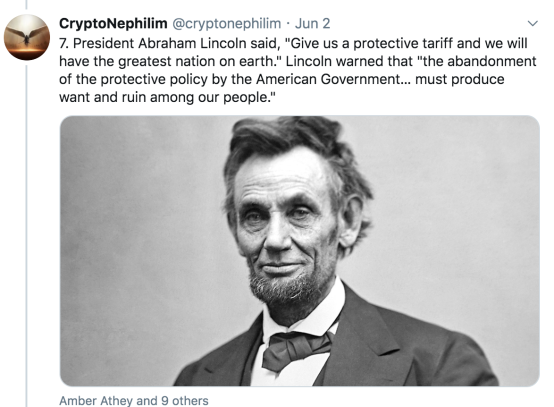 Lincoln knew what was up.

These countries don’t have to play by the same rules as the United States.

Teddy knew it too.

I’ve said it before, and I’ll say it again.

We live in a debt based monetary system in which the central (Fed) bank receives its power from issuing debt.

Anyone remember the World Wars?

War is a great way to issue more debt.

If there is one thing you should know….it is that there is one institution more powerful than the congress, senate, supreme court, and president combined….

the fed (a private institution).

They included race on this chart (of course)…..

It has been cited that it is middle age white men are often the largest demographic/most likely to commit suicide. 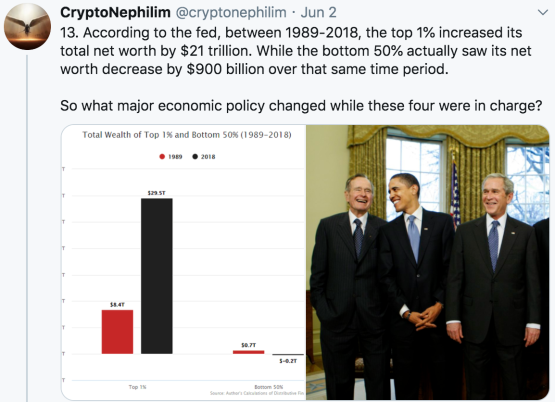 Yet here we are…..middle class whites being blamed and censored for all of the problems in our country.

Promises made by politicians are rarely kept…. 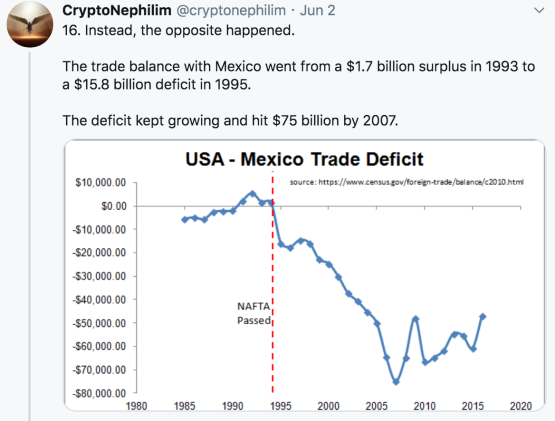 Decline of the United States is in full force at this point.

Now that Americans are losing their wealth and in debt institutions like religion, family, and policing can continue to be subverted.

Not a Bernie bro….but the guy might as well be in office now.

Trump was correct in his past assessments.

The 26 richest….more than poorest 4 billion.

These are not free markets.

This is debt feeding on debt.

Too many red pills in this thread not to share.

The reality is things could be getting a whole lot worse if the Fed loses its grip of control on the system (they will).

This is all a house of cards just waiting to fall.

It is important that people not be sheep and inform themselves of how our monetary system works.

I recommend you watch this documentary to better understand what’s going on in this world:

It’s a long one, but well worth your time if you are an investor or someone that values truth.

Talk to you guys soon.